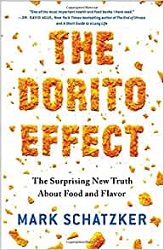 
This book talks about how flavor in raw products like chickens have been breed out over time as we need to mass produce these products. So, then we create spices to fix this. It’s a very fascinating topic and found it very intriguing. I changed my buying habit a bit after reading this book. I hope society sees this and industries change but as people want cheaper foods flavor tends to go out the window. The author does a very good job talking about what happen over time and he also suggests a solution to fix this problem. 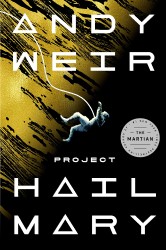 
This book was amazing. I think it’s on par with the Martian which was also written by the same author. It grabs you at the beginning and gives you a nice ride through out. Relationships and lifesaving decisions really keeps you on your toe. He’s really detailed with the physics and how things work which make it very understandable. It’s like you are also getting taught physics as you are reading the book. If you like soft sci-fi and saving the planet then you should read this. 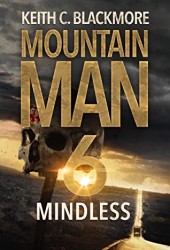 
This is another great addition to the Mountain Man series. Like I mention in the previous review. I like the character writing, and the Gus and Collie pair seems to be nailing it. I can see Blackmore ending the story here but then I can also see it continue. Do yourself a favor and start reading the series with book 1 Mountain Man .


I enjoyed this book. It follows the life of a Russian spy (Adolf Tolkachev) that defected from Russia during the Cold War and wanted to help the CIA. Over time, it turns out this particular spy was the most valuable asset the CIA had due to all the information he was handing over. This information over time changed the course of the U.S. Military. I found this book very fascinating, and what lengths Tolkachev and the CIA went to avoid KGB detection were remarkable. There were times when the book kind of repeated itself to the point where I thought maybe I already read this page, but overall it was exciting and kept you on the edge of your seat. 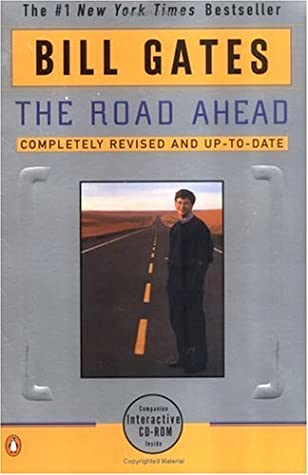 
This book did not age well. I do not recommend it today. It was published in 1995 and Bill Gates try’s to predict the future. The prediction was mostly spot on with computers being the size of your pocket and the internet being a vast place of information. It was a very dry read, which made it kind of difficult to stay focus on it. It kind of reminds me of a college textbook. 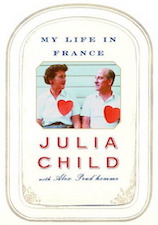 
While this book might be a great biography for some people, I just couldn’t get into it. To be honest I’m not much of a cook and don’t like doing it. In the book when she talks about experimenting with certain food items and all I could think was “That sounds so boring”. I think the book was written well and makes me want to go to France. The process of how she made some recipes was interesting, especially when she had to transform them from a French audience to an American audience. In America, we don’t have certain ingredients and some ingredients are made differently like flour, plus Americans like larger portion sizes. While I rated this book pretty low it was mostly because I wasn’t the intended audience, I felt like if I was more into cooking it would have influenced the score differently.


Being a big Stephen King fan I was hoping for a book that will give me a look into this author’s life. This book does that, it adds a bit more than the book “On Writing” that Stephen King wrote himself. This book talks about his childhood and his inspiration on some of his writings and some of his pitfalls when it came to publishing his first book and movie rights. It was a great book if you want to see behind the mind of the man who wrote some of the best horror books. One gripe I had with this book was that it repeated itself a lot. You would hear the same story multiple times, it’s like he wanted a bigger book, so he copied and paste some of the stories again throughout the book. I felt the book could have been half the size and you wouldn’t have lost anything. One example of this happening is that he would tell us a story about a specific book that King wrote then tell us the same story when he talked about the movie version of that same book. He would then tell us the same story when he talked about the reissue of this book. It got old. That being said if you just want one book about King I would suggest “On Writing” if you read that and want more than this will suffice.


This book was pretty amazing as it told the story of Operation Mincemeat. It had me at the end of my seat at times. I went into this book knowing nothing about this operation and the fact that it worked was pretty amazing in itself. The book did drag on at times but it also gave the backgrounds and the motivations of all the people who were involved. Ian Flemming (author of the Bond series) played a part in this, which inspired some of his books. The ending could have been cut short, it went on talking about all the books and movies that were made and/or filmed from this operation. I felt like this was kind of unnecessary.